“Machines are getting smarter. What it means for the future – of everything?” 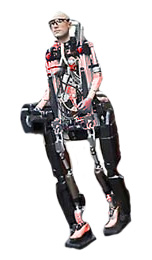 He sees
He walks
His heart pumps blood

Technology can now fully replace the functionality of the human body…

I need relaxation and I know the right music will do it for me.

TuneIn also offers a search facility, which I use with the keywords “reduce stress”.

These are my first ten radio stream search returns :

But I also notice that if I use the single keyword “relaxation”, I get a totally different set of first ten radio stream returns :

Wouldn’t it be nice if my single “reduce stress” input search could instantly also be translated to all the above keyword sets and all of them used to retrieve my search return? 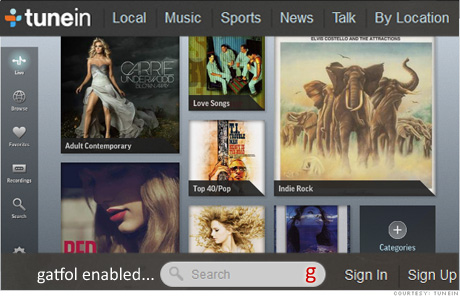 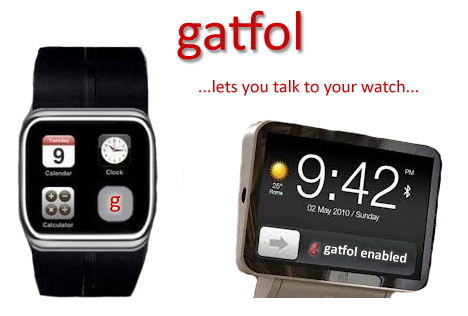 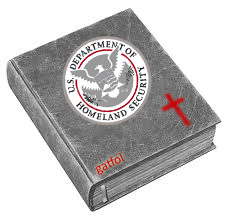 From a recent Google patent abstract… :

In the Google Project Glass video above, the augmented reality wearers make several verbal statements to be picked up by the AR technology for downstream processing. One character in the video uses Glass to translate a phrase into Thai. Another uses Glass to look up facts about a jellyfish, and another uses Glass to get directions while biking. Some exact excerpts are:

“record a video…”
“hangout with the flying club…”
“take a picture…”

Each of these verbal statements can be made in many different ways by different AR users, without losing semantic (statement meaning) accuracy :

For a simple expression like “hangout at the flying club…” we have 5 non-specific words that can be replaced with semantic equivalent word groups without statement meaning change. By just replacing each of these words with – let’s say – ten alternatives we have over a hundred thousand statements semantically equivalent to our original statement – and instructing the downstream AR in the same way as the original. For all the above statements in our example video, a very reasonable semantic expansion can easily run into trillions of semantically equivalent language inputs.

For any AR system to language-wise “equalise” all input semantic alternatives to a standard “base” that can for instance hit keywords in a programmatic backend environment, is impossible without near real-time massive input expansion.

Gatfol supplies this in milliseconds. With Gatfol, any AR input statement is semantically “amplified” in-stream (or simplified to the generic base) to make downstream language processing permutation-wise possible.

Use Gatfol to enhance communication in augmented reality…

…acts as the magic mirror that enables almost anybody to understand
information online, no matter how complex – in areas of education,
health, security, engineering, law, finance, science…

…runs as a cloud-based service, designed to meet
international standards of dependability and functionality… 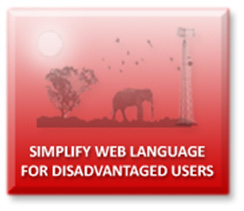 The Gatfol technology traversed a 9-year development period before patent application. This solid ground level base enables Gatfol to efficiently “translate” even large volumes of web text very quickly into simple reading components. The technology is unique in that it provides for a fast multiword-to-multiword stepwise crystallization of natural language (English) from semantic complexity to semantic simplicity and vice versa. 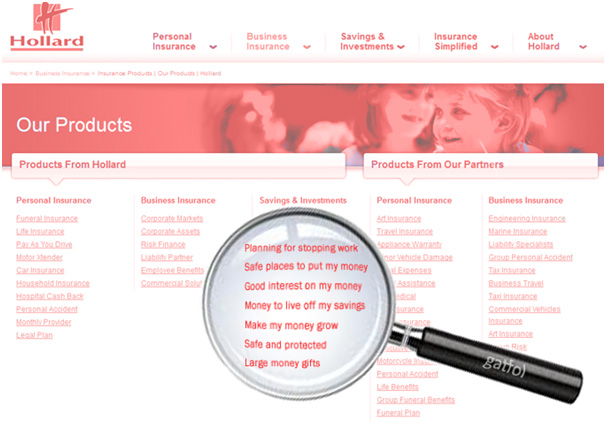 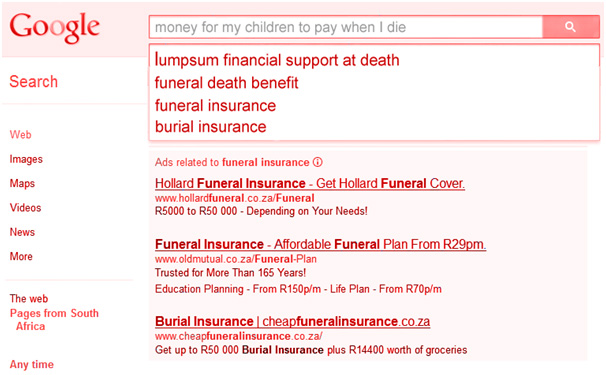 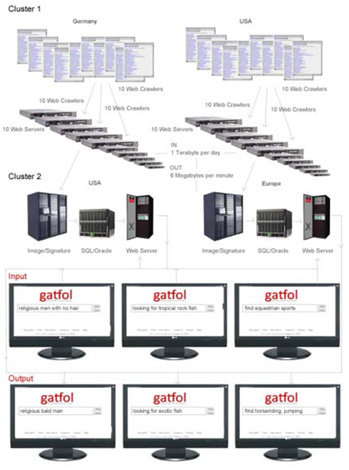 As an adult further education language tool, Gatfol is very cost effective. Most of the large African literacy programs carry a cost per semi-literate learner per year of around $50. Gatfol web text simplification technology brings down the costs per semi-literate learner substantially. Gatfol calculates that for just $1.80 per year, the English vocabulary of a challenged reader can be increased a HUNDRED fold – from a vocabulary of 200 words to a vocabulary of 20 000 words. 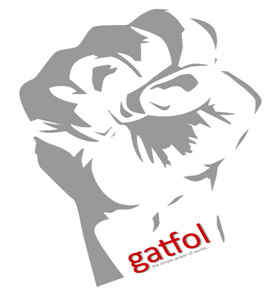 Gatfol is words…words are power…

Web-enabled mobile devices, tablets and notebooks across all age groups are rapidly becoming the primary media with which to access the internet in emerging markets.  In Sub-Saharan Africa, SE Asia and other developing economies, broadband connections are becoming faster and more affordable. Roughly 69% of all internet users now do so through a mobile device.

English is the “language of the web”. English language proficiency is becoming increasingly important in order to participate effectively on the internet. It is estimated that 300 million adults in Africa and 200 million adults in India have English reading skills lower than that of an average 14 year old. In many cases literacy levels drop to as low as only 200 words in English.

English literacy represents a huge barrier to using the internet. Research shows that a low literacy level is a greater deterrent to entering- and continuous use of the web than income, age, home language or occupation. 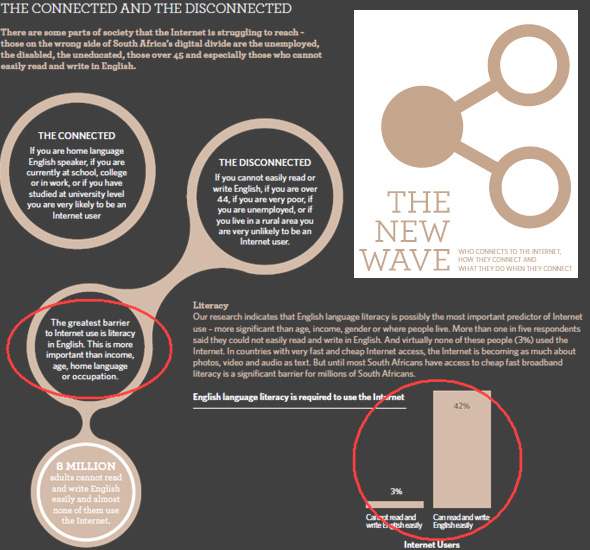 The argument exists that web language translation into English neutralises the problem of deficient English literacy levels.  Translation into English from other languages, however, is not all-encompassing or effective. Of the current 64 languages Google translates into, not a SINGLE ONE of the 16 LARGEST African languages spoken by over 300 million people are included. Many of these African languages are primary home languages, meaning that millions of people with English as the relegated second home language remain effectively “disconnected” from the web. 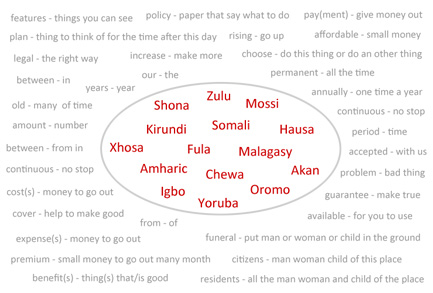 Another mitigating factor to web language barriers is that English proficiency is not really necessary for most web interaction which – especially in the young – centers around accessing mostly video-, music- and social network content. This is not the case. Research by the African based University of the Witwatersrand, shows that the web “connected” (English literate), are primarily drawn to- and keep on using the internet  to “find information” : 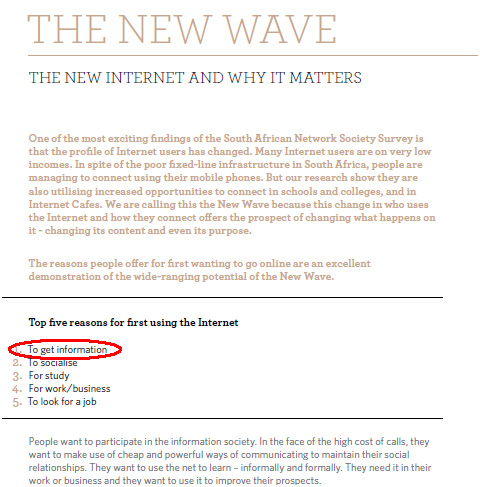 Governments worldwide spend billions on providing ground level local communication to their various communities.  A vast amount of this information is finding its way online and is growing rapidly. Government online information networks link into many hundreds of thousands of content supporting websites around the world : 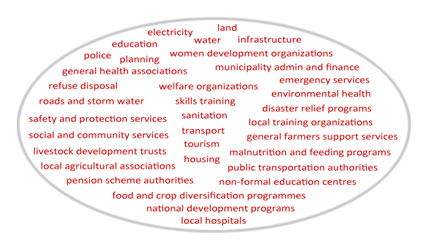 In the next few years, it is predicted that roughly 2 out of 3 adults in developing countries will be using mobile internet resources for their information needs, with the implication that Government online communication will correspondingly become more accessible. As numbers increase, this means improved English reading skills will become an even larger asset from Government communication initiative viewpoints. 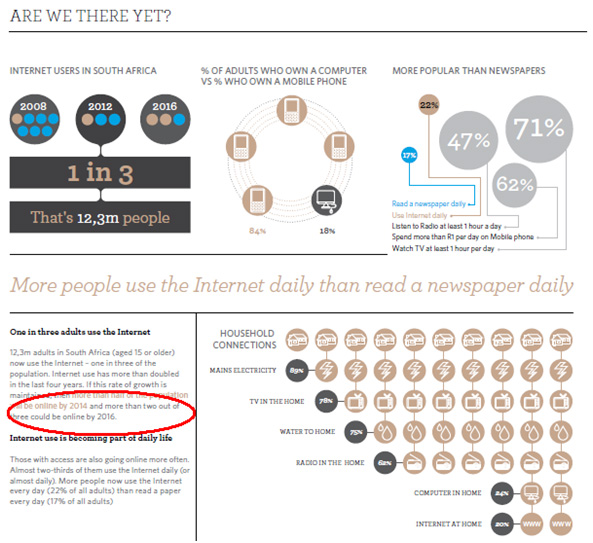 There is an additional argument supporting negation of language factors in web interaction. English proficiency and vocabulary strengths improve continuously on a broad population basis through further adult education. This implies that the internet will be more easily understood language-wise through organic educational growth rather than through short term tool application – i.e. Gatfol. Unfortunately, further adult education is expensive, takes a long time from application to results and typically has a VERY LOW success rate in terms of language vocabulary expansion. 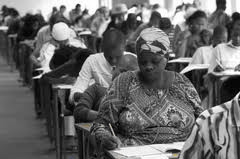 As an example – with massive (especially African) investment in adult education initiatives, UNESCO studies show that whilst illiteracy rates are dropping, illiteracy volume numbers in various parts of the developing world are actually INCREASING – mainly because of high school drop-out rates. 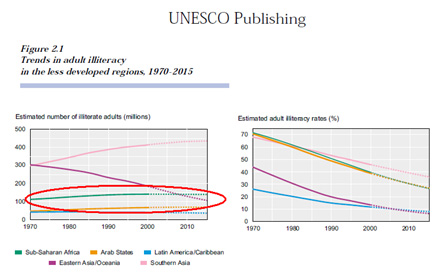 To summarise, it is evident that English proficiency is an absolute requisite for efficient online interaction in disadvantaged societies. This proficiency is the essential link for effective amalgamation of online content and the special needs of lower socio-economic layers – especially with regard to national and local government ground-level communication and resource distribution. 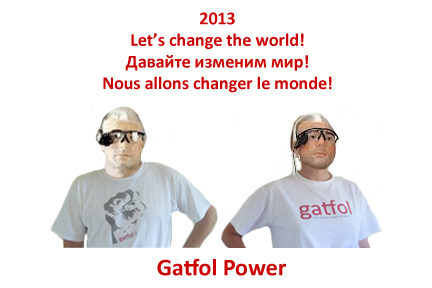 …online real-time translation of local languages are hugely deficient
(of the 64 languages Google translates into today, none of the 16 largest
languages in Africa – spoken by over 300 million people – are included)…

…the web can change the world… 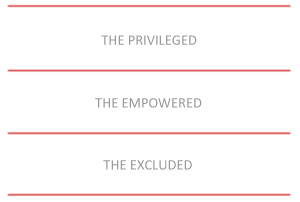 At the lower end of the socio-economic scale are the “excluded” – huge population swathes excluded from capital, -good education, -basic amenities,  -job opportunities, and most of all – exclusion from information in general and online information in particular.

The language of the web – English – can semantically and grammarwise be difficult to understand with many levels of complexity. For tens of millions of adults in the developing world now carrying smartphones – empowered but online impotent, exclusion still reigns as online text information is freely at hand at increased affordability, but not fully understandable at lower reading-skill levels. 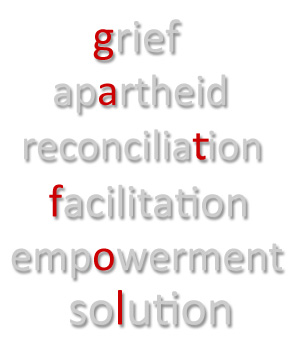 By empowering the reading challenged and also semi-literate populations of the world, Gatfol wants to change the socio-economic landscape from the “bottom-up” to bring our information-rich privileged online world to the huge number of disadvantaged people with mobile handset ownership. In doing so, Gatfol wants to push the fully lowest socio-economic level of humanity upwards to have at least some future interface and interaction with the online world of information. 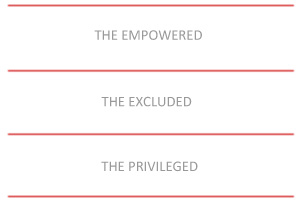 Gatfol will work for communities in Africa, South-East Asia, many parts of the old Soviet Union and even large sweeps of the America’s…

…support Gatfol to support them… 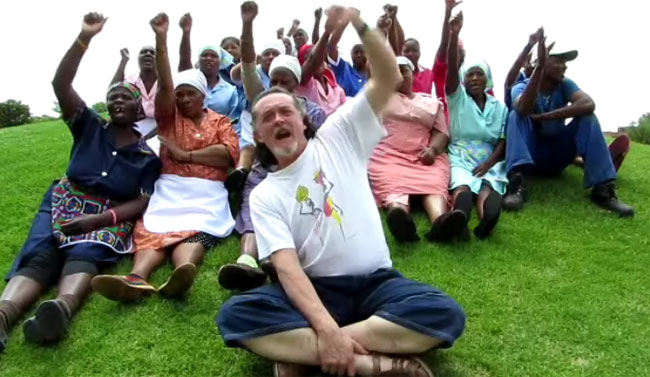 At least half a billion LITERATE adults worldwide have at most been educated to primary school level.

At least one in every two has a cell phone.

Gatfol asked a small sample of reading-literate people based in Africa to tell us what words
(taken from the Hollard insurance website with products specifically for them), they do not understand.

From all keywords describing funeral insurance for the right target market,
only 34% of the test demography understood the conveyed message
at a level substantial enough to act upon.

In the developing world, funeral expenditure is socially important and
economically burdensome, both on an individual- and family group level.
Over 300 million people worldwide are carrying a financial burden that could
have been lessened had the message conveyed to them been better understood…

This is a wake-up-call… 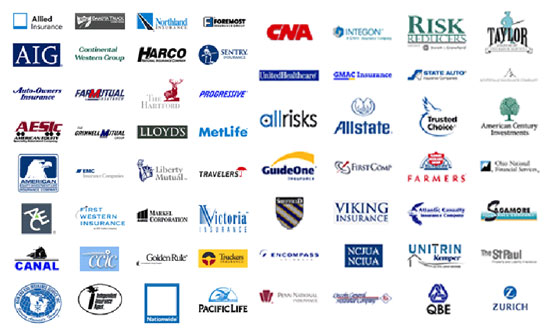