(Cincinnati.com) — Alyssa Douglas, a high school girl from
the Clarksville area of Ohio, sent out a tweet Thursday night saying:

Alyssa is not very clever…

Unlike Alyssa, Abraham is a terrorist and will act.

Abraham gets in contact with his cell and uses keywords
that are individually innocuous, but threatening in combination:

This action of shooting bullies is a new trend in U.S.America that proves this theory of subconscious counter domestic terrorism is a reflex response.

Some suggest we should have counter domestic terrorism response teams in public schools to stop bullying, and if bullying is not that serious then why are so many bullies being plucked like chicken feathers from society recently with bullets into their heads? Dead.

Since this counter bullying by lethal violence and force is common these days reflects obvious society is out of touch with reality completely regards proper ethics, morales, and civil conduct. Blame parenting, we have dead children, obvious too. These similar public school bullying events is a hate-crime and children end up dead.

This also applies in reflection especially to DHS/Department of Homeland Security whom have become useless regards this fact in definition in which DHS by origin of creation made these laws to combat domestic terrorism, and by indirect recourse religion and parenting skill sets unethical and immoral targeted, thus perverse by definition.

The coast guard was to take DHS position which was the original plan till congress, senate, and lobbyists wanted their noses up everyones business making laws to serve who(?), and now a mess.

Increasing majority are supporting military only federal martial law, indefinite; -till the infection is cleansed. Because no one else appears to be doing the right thing about this, believe in this true.

Bullying is an act of domestic terrorism because it represents and is a hate-crime.

Hate-crimes are acts of domesticated terrorism tought by the father and mother as parenting -a single entity infecting the off-spring host child which is ethically and morally guided by religion; -So national Security translates.

Many Zealot Religions these days motivate, instruct passive/aggressive bullying, (acts of domesticated terrorism), to herd in followers into their idea of proper manhood, citizenry and as end result donations to the zealot religious organization(s).

Many in society consider this young man, (“TJ Lane”), have taken the real manhood approach to illuminate domestic terrorism from society/public schools, (an up coming popular recursive reflex response to hate-crimes in public schools, as typed – mentioned).

Many in society also consider his, (“TJ Lane”), actions should not to be formalized as a terrorist, but in fact a blessing waking up U.S. to bullying. Have mentioned by others and should the parenting parents be shot in the head as well for raising a domestic terrorists equally? No! Yes! Undecided!

“TJ Lane” is considered a hero in society by many many bullied children throughout our U.S.culture, (equally as other such past events), of those being tortured by bullies feel a mental release and pleasure in observation through these events of counter domesticated terrorist life-styles defeated. These victimized bullied citizens are babe children, teens and young adults who have many times in the past been murdered by these bullies in which these murder cases never solved and why never solved? Is parenting, religion a crime and their ethical moral instructional is terrorism; The -U.S.gov suggested(?).

Have parenting and crew lead society out of control into hideousness of murdering children by bullying. Bullies end result kill citizens as if a target in moral ethical reflection of parenting and religion, yes true, believe.

Parenting, zealot religion teaches bulling. “TJ Lane” felt his life was in danger, obviously. Civilian/Federal law enforcement push these events of bully domestic terrorism under the rug with a huge blind eye and why? -Obvious.

Many children, teens, young adults feel for all the children murdered by bullies, and that “TJ Lane” is an obvious law abiding citizen and to many a hero -vers- the domesticated homegrown terrorism, bullies, a hate-crime. As many children applaud “TJ Lane” and while Outside the box looking at society appears being baited that parenting and religion support child abuse and are terrorist cell-leaders; by National Security definition of Domestic Terrorism.[end-game]. 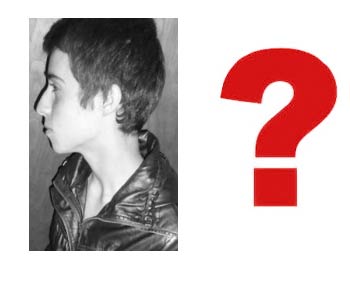 In a time long since, a time of repent, The Renaissance. In a quaint lonely town, sits a man with a frown. No job. No family. No crown. His luck had run out. Lost and alone. The streets were his home. His thoughts would solely consist of “why do we exist?” His only company to confide in was the vermin in the street. He longed for only one thing, the world to bow at his feet. They too should feel his secret fear. The dismal drear. His pain had made him sincere. He was better than the rest, allthose ones he detests, within their castles, so vain. Selfish and conceited. They couldn’t care less about the peasents they mistreated. They were in their own world, it was a joyous one too. That castle, she stood just to do all she could to keep the peasents at bay, not the enemy away. They had no enemies in their filthy orgy. And in her, the castles every story, was just another chamber of Lucifer’s Laboratory. The world is a sandbox for all the wretched sinners. They simply create what they want and make themselves the winners. But the true winner, he has nothing at all. Enduring the pain of waiting for that castle to fall. Through his good deeds, the rats and the fleas. He will have for what he pleads, through the eradication of disease. So, to the castle he proceeds, like an ominous breeze through the trees. “Stay back!” The Guards screamed as they were thrown to their knees. “Oh God, have mercy, please!” The castle, she gasped and then so imprisoned her breath, to the shallow confines of her fragile chest. I’m on the lamb but I ain’t no sheep. I am Death. And you have always been the sod. So repulsive and so odd. You never even deserved the presence of God, and yet, I am here. Around your cradle I plod. Came on foot, without shod. How improper, how rude. However, they shall not mind the mud on my feet if there is blood on your sheet. Now! Feel death, not just mocking you. Not just stalking you but inside of you. Wriggle and writhe. Feel smaller beneath my might. Seizure in the Pestilence that is my scythe. Die, all of you. 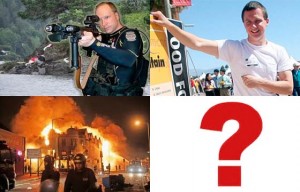 Both Anders Breivik and Jared Lee Loughner posted substantial digital repositories before their brutal extremist acts. In an ideal world we should be able to track social network text traffic to pinpoint individuals and groups narrowing in on behaviour that can on many levels be severely harmful to society.

Currently this is very difficult.

As is almost always the case, online threats and circumstantial postings are ambiguous and contain little or no clear-cut hits against “danger word” listings. With hindsight it is unfortunately evident in most cases that enough online material did exist “pre-terror” to perhaps prevent or minimise the planned actions.

Gatfol technology is ideal in facilitating danger-word hits where none exist in the source data.

Let’s see how by looking at the above case studies :

The Gatfol semantic engine picked up these danger- words but flagged with extreme sensitivity the word combination “media interviews”. Together with “scenarios”, “resistance”, and “police”, the phrase “media interviews” instantaneously and uniquely crystallised in the Gatfol SIFT matrixes as “public violence of newsworthy effect”.  Note that the latter semantic equivalent phrase hit totally different keywords that might be required by available danger-word lists.

Gatfol processes millions of concept permutations per second and the volume of input under scrutiny can therefore be quite large. Amongst much online ramblings and “word-salad” postings by Jared Lee Loughner, the following excerpts were analysed by Gatfol :

This video is my introduction to you! My favorite activity is conscience dreaming; the greatest inspiration for my political business information. Some of you don’t dream — sadly.

Thirdly, I know who’s listening: Government Officials, and the People. Nearly all the people, who don’t know this accurate information of a new currency, aren’t aware of mind control and brainwash methods. If I have my civil rights, then this message wouldn’t have happen.

In conclusion, my ambition – is for informing literate dreamers about a new currency; in a few days, you know I’m conscience dreaming! Thank you!

Given the above – what would we as human filters uniquely flag as strongly pointing to a possible public assassination attempt ? – (eventually that of Congresswoman Giffords in Arizona not long after the above online postings).

Gatfol employs a massively parallel filtering technology called SIFT that looks at data from multiple simultaneous “focus points”. Any multiword grouping can be equivalently transformed into any other multiword group, keeping semantic- and grammar integrity intact. This enables Gatfol to “see” semantic perspective in large datasets that is not immediately evident to human analysts or investigators.

Gatfol flagged the following phrase excerpts “in a few days, you know I’m conscience dreaming”, “final thoughts”, “political weapon” and interestingly enough “all humans are in need of sleep” which Gatfol, given the preceding phrases, semantically transcribed to “permanent sleep”. Together with Loughner’s words that Gifford was “stupid & unintelligent” (he apparently met her in 2007) and the fact that she was appearing in person in Tucson not far from Lougner’s place of stay flags critically of planned personal-directed injury.

With Gatfol’s huge processing power, inline streaming analysis of real-time social media
– and other data – is critical on any local, national and international security analysis level.