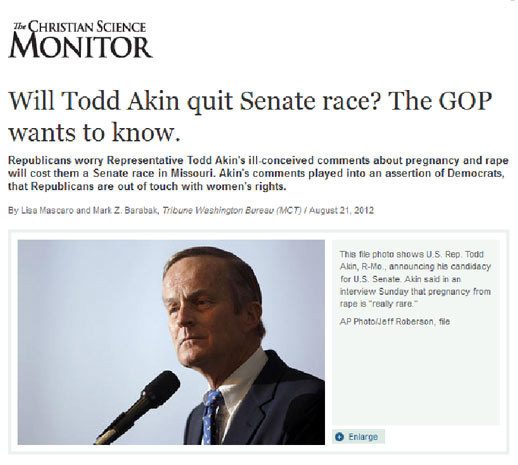 “The six-term congressman, who represents part of the St. Louis suburbs, drew an outraged response from members of both parties after a Sunday interview in which he explained his opposition to abortion, even in the case of rape. Akin said such pregnancies were “really rare” because “if it’s a legitimate rape, the female body has ways to try to shut that whole thing down.”

Gatfol gets behind the meaning of statements… 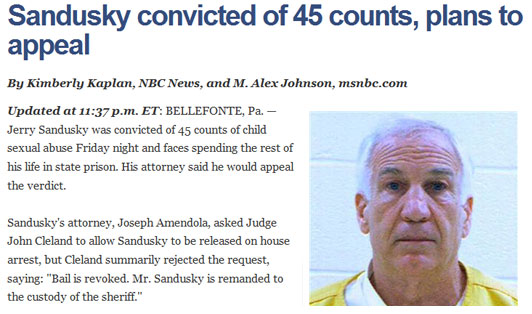 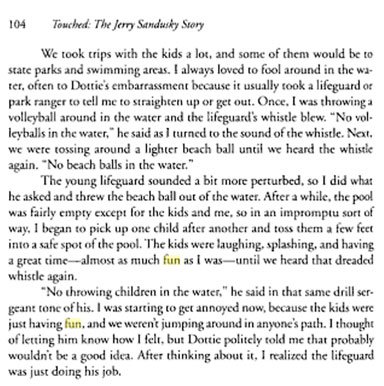 With hindsight, everybody is looking into Jerry Sandusky’s book “Touched : The Jerry Sandusky Story” for the smoking gun character traits that – if picked up earlier – would have prevented much heart-wrenching hurt.

…unless it is fed through Gatfol….

It’s Jerry’s routine and persistent mix of child-like experiences and sleepovers with children within a world of adult related showering, body contact and physical fooling around that immediately raises critical red flags…

A STUDY OF BOYHOOD

So young, and yet so worn with pain!
No sign of youth upon that stooping head,
Save weak half-curls, like beechen boughs that spread
With up-turned edge to catch the hurrying rain;

Such little lint-white locks, as wound
About a mother’s finger long ago,
When he was blither, not more dear, for woe
Was then far off, and other sons stood round.

Not gay, but gracious; plain of speech,
And freely kindling under beauty’s ray,
He dares to speak of what he loves; to-day
He talked of art, and led me on to teach,

All honest, and all delicate:
No room for flattery, no smiles that ask
For tender pleasantries, no looks that mask
The genial impulses of love and hate.

Oh bards that call to bank and glen,
Ye bid me go to nature to be healed!
And lo! a purer fount is here revealed:
My lady-nature dwells in heart of men.

Oh, that the road were longer,
A mile, or two, or three!
So might the thought grow stronger
That flows from touch of thee.

Oh little slumbering maid,
If thou wert five years older,
Thine head would not be laid
So simply on my shoulder!

Oh, would that I were younger,
Oh, were I more like thee,
I should not faintly hunger
For love that cannot be.

Such honour is thy mother’s
Who smileth on thy sleep,
Or for the nurse who smothers
Thy cheek in kisses deep.

FROM HALS DON TO CHELTENHAM TO TWO LITTLE LADIES.

Across three shires I stretch and lean,
To gaze beyond the hills that screen
The trustful eyes and gracious mien
Of unforgotten Geraldine.

Oh babbler gay as river stickle,
Next year you’ll be too old to tickle;
But while my Torridge flows I’ll say
“Blithe Edith liked me half day.”

For when it was Lammastide two before this,
When freshening my face after freshening my lilies,
A door opened quickly, and down fell a kiss,
The lips unforeseen were my passionate Willie’s.

The lad’s mind is rooted, his passion red-fruited,
The head I caressed is another’s delight;
And I, though I stray through the year sorrow-suited,
At Lammas, for Willie’s sake, robe me in white.

There are, I’ve read, two troops of years,
One troop is called the teens;
They bring sweet gifts to little dears,
Ediths and Geraldines.

The others have no certain name,
Though children of the sun,
They come to wrinkled men, and claim
Their treasures one by one.

There is a hermit faint and dry,
In things called rhymes he dabbles,
And seventeen months have heard him sigh
For Cissy and for Babbles.

Once, when he seemed to be bedridden,
These girls said, “Make us lines,”
He tried to court, as he was bidden,
His vanished Valentines.

Is Geraldine in flowing robes?
Has Edith rippling curls?
And do their ears prolong the lobes
Weighed down with gold and pearls?

Oh, Cissy, if the heartless year
Sets our brief loves asunder!
Oh, Babbles, whom I daren’t call dear!
What can I do but wonder?

I wonder what you’re both become,
Whether you’re children still;
I pause with fingers twain and thumb
Closed on my faltering quill;

These excerpts describe infatuation of older men for pre-adolescent
children and were written around 1860 by William Johnson Cory, one
of the most renowned educators at Eton, when he was around 37 years of age,
ten years before he resigned on allegations of “pederasty” involving a young boy.

Had Gatfol semantic analysis technology
existed, innocence might have been protected

Use Gatfol to find the true meaning of words… 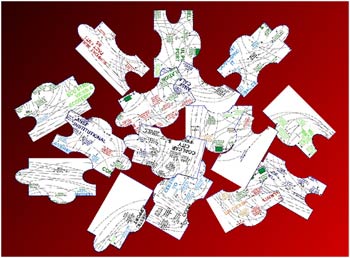 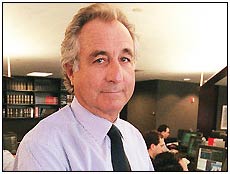 You received an e-mail from Mr Fadmof :

I saw an article on your company and am very intrigued. I own WorldWideWeb.com and will be developing it very soon and would like to integrate your products on WorldWideWeb. Right now I am involved with a company that is going public in the next few months and I have several million of its shares. They are using a self distribution model and will be doing a second IPO and then that same team will be available to me and I will make WorldWideWeb.com public. I will be looking for companies like yours to purchase a percentage interest using the pre-IPO stock. Once WorldWideWeb is public you will then be able to start selling that stock for growing your company. I am open to investing some money from my existing stock once it goes public. I will find 6 to 12 companies that have great products like you and WorldWideWeb will buy a minority interest. Each company will continue to run their own operation and will be promoted under the WorldWideWeb Brand. As you know everyone knows the phrase ” WorldWideWeb ” so with a collection of services we will become a major factor in the Internet world.

Already spooked by the scary pre-IPO’s you have no idea who Mr Fadmof is or what he is connected to. A quick Google search just throws up endless spaghetti diagrams.

How do you quickly connect all the web concepts around Mr Fadmof? And – more seriously – how do you then separate the wheat from the chaff?

Gatfol is a massively parallel algorithmic system specifically developed to find concept connections on the web where ordinary keyword search proves too weak.

To quickly know what we are working with here, we feed Mr Fadmof’s name and website address into our Gatfol enabled Mozilla or IE browser.

The Gatfol results immediately show a concern. Gatfol could find nothing of substance behind a barely known Fadmof enterprise called Kaftan Tag Green (other than a lifter product, some reflective panels – these are even linked to WorldWideWeb itself through Slideshare.net – and KTG being really just a reseller of ExonTech Builders Inc products of whom Gatfol could not find a direct ownership link back to Mr Fadmof. Gatfol also posits what KTG’s exact connection is to Grown Builders Source regarding the Jetfreeze product that appears on the KTG website.

Of larger concern is WorldWideWeb itself. Other than a few self promoting paragraphs, Gatfol again brings up zero “substantiality” – no company info, no press releases, no sales data, no employee information, no presentations, no partner info, no customer statistics and no funding history.

Gatfol highlights that – with several million shares in an IPO, how does re-selling an oil filter on the KTG site make business sense? Manufacturing of course – but reselling? Gatfol picked up Kaftan Tag Green carries as “satisfied customers” huge enterprises like Martin Marietta, Chevron-Texaco and Halliburton, but could not find any wider verification of business relationships between KTG and any of these firms.

With Kaftan Tag Resorts  (another Fadmof startup/spin-off) stating annual sales at $10-$50 million per Alibaba.com and with property deposits alone each up to $1 million, why is the web connection for Fadmof resort developments given as 4tpc.com with no further evidence of any actual property sales? Gatfol showed that KTR also listed as country of origin “Hong Kong” as per Tradeim.com. With no other equivalent web entries, how can this connection be explained? Is Spartum Resort Management independent from Mr Fadmof in terms of ownership (Gatfol links Spartum as another possible obscure Fadmof historic enterprise)? Gatfol could not find any publically trading entity by this name other than that belonging to Spartum Properties Ltd.

If you use Gatfol in every single web search interaction, you would appreciate an investment relationship with Mr Fadmof ONLY pending clarification of the above… 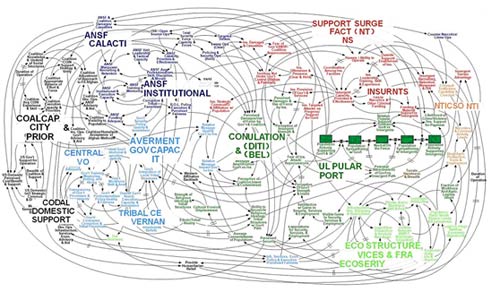