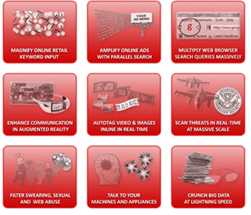 As part of its development initiative into Europe, Gatfol today announced the reaching of further milestones:

On reaching set technological programming benchmarks, Gatfol received final funding installments in its initial seed fund round with current investors. Gatfol will utilise the funds to set full EU development- and marketing functionality with Malta as base and operational satellites in New Zealand for Asia-Pacific reach and through government funded programs in South Africa for African continent expansion.

Gatfol founder Carl Greyling explained that development of its cloud-based application took twice as long as envisaged. The complexity of bringing product delivery speeds down to microseconds from the current milliseconds – especially for processing input exceeding gigabytes per second – proved more challenging than expected. Carl re-iterated that “…the team wants to thank our set of investors for their extreme patience and endless advice and guidance through this extended final stretch of the development path….”.

Gatfol is proud to announce finalising of its European expansion through Malta as development base: “…The massive benefits that European resource proximity bring to us – especially given the wide application range of our base technology and limited team size – contributed hugely to successful closing of our investor round as we could present a lean but realistic operational budget to funders – especially through our extremely discounted cloud subscription…” Carl said.

Gatfol is the culmination of 12 years of work originating in the United Kingdom in 2001. Virtual auditing agents were developed using an intelligent natural language accounting application with neuro-physiological programmatic bases to penetrate, roam in- and report on patterns in financial data. This led to an Innovation in Software award from the European Union in 2006 and formed the basis of the Gatfol algorithms and technology currently in development.

Gatfol’s immediate aims are to improve search using semantic intelligence (meaning in data), both on the Web and in proprietary databases. Gatfol technology was provisionally patented in the USA in April 2011 and received PCT protection in 144 countries worldwide.

It is Gatfol’s vision to eventually enable humans to talk to data through all relevant interfaces and on all possible devices.