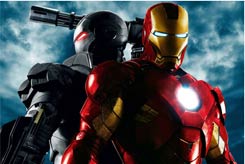 In Iron Man, Tony Stark (Downey Jr) tells a robotic assistant…
“you are of no benefit”
…and the robot moves out of the way… 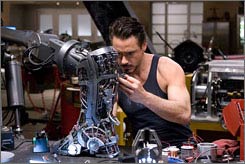 We are actually light-years away from being able to get a machine to perform the action given this input.

None of the input phrase keywords – looked at individually – will effect the “stand down” response. Only when we parse our input into multiword groups – “you are” and “no benefit” – do we have a semantic language route to enable relevant robotic action.

Gatfol develops the ubiquitous underlying technology supporting all future human-to-machine conversation, whether it be telling the airconditioner to switch to “low”, updating the GPS in the Ferrari to a new destination or even instructing our robotic arm to get the #$&%*? out of the way.